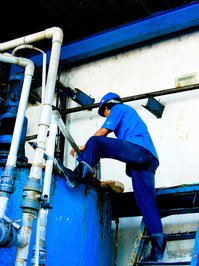 On July 1, 2017 the new Iowa worker’s compensation statutes will go into effect. The new law significantly restricts benefits that can be obtained under the Iowa workers’ compensation statutes. Big business and the insurance industry were successful in their attempts to change laws that protect injured workers in the state.One of the changes is that the law was modified so that injuries to a worker’s shoulder is no longer compensated based upon how the injury effects that worker’s ability to work or earn a living in the future. The compensation is limited to the impairment rating assigned as a result of the injury times 400 weeks. The 400 weeks was a number that was pulled out of the air by the legislature and results in a significant limitation on benefits for workers with shoulder injuries. In the past, benefits for shoulder injuries were in relation to how the future earnings of that worker were impacted because of the injury and any limitations associated with the same. The analysis for injuries after July 1, 2017, will only be as to the extent of the impairment rating and the percentage of 400 weeks associated with the same.

Another limitation imposed by the legislature is that if an injured employee returns to work after their injury receiving the same or similar earnings their compensation for a whole body injury is only the impairment rating issued. In the past, benefits were payable based upon the impact that injury would have on their future earnings. The law change results in benefits only being paid based upon the impairment rating assigned. Again, this results in a significant limitation to benefits for injured workers.