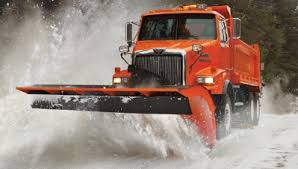 Currently under state law, Iowa’s big orange snowplow trucks are only equipped with the flashing amber lights. In 2015, the Iowa Legislature modified the law so that the pilot project could take place. The pilot study allowed for three years to test out the blue-and-white LED lights. However, with such dramatic results after just two years the DOT has determined that a third year wasn’t necessary.  The plan is to ask state legislators this January to consider passing a law that will make all Iowa snowplow trucks equipped with the new blue-and-white LED lights. The DOT also noted that the snowplows will not be confused with emergency vehicles because those vehicles have red and blue flashing lights. If this law passes in 2018 it will help keep Iowans safer in hazardous winter driving.