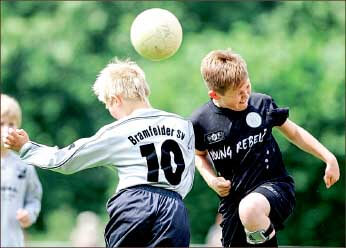 Fall brings with it the beginning of the school year as well as the beginning of the school sports season. More than 38 million boys and girls, ages 5-18 participate in sports across the country. We are in the midst taking our kids from volleyball to soccer to football practices and games. Some kids play hockey and lacrosse on clubs around the state.  That being the case, we have to be more aware of head injury, and in particular, concussions.

Concussions are one of the most commonly reported injuries in children and adolescents who participate in sports and recreational activities. It is caused by a blow to the head or body that causes the brain to slam against the interior of the skull. Unfortunately, even mild bumps to the head can cause a concussion.

When schools and athletic associations don’t have or follow concussion-management plans, players can sustain life-altering injuries.  In 2014, a former Illinois high school football player filed a class-action lawsuit against the Illinois High School Association, claiming that he suffers serious memory loss and migraines due to the many concussions he incurred as a high school football player. The suit, though later dropped, sought to reform policy and did not seek damages.

The CDC has developed a campaign called Heads Up: Concussion in Youth Sports to help raise awareness of concussions and the proper concussion protocol.  It includes practical information for coaches, sports administrators, athletes, and parents.

Signs of Concussion include: