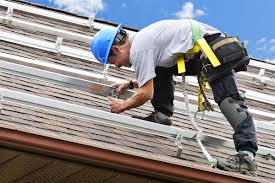 Larson was seeking Iowa Workers’ Compensation benefits from Imperial Roofing Systems from an injury he sustained over the course of working there. He claims that he experienced pain in his left hand after hand rolling and using a heat welder. He was referred for medical care and physical therapy. Larson stated that he had the pain in his left arm all the time and had to take breaks at work due to the pain. He also had difficulty sleeping because of numbness and pain in his hand. Ultimately, Larson was diagnosed with carpal tunnel syndrome caused by the repetitive and forceful arm and hand activities he performed during the time he worked there. When an injury develops gradually over time, such as in carpal tunnel syndrome, it is called a cumulative injury. After strong testimony from Larson and his doctors, the Iowa Workers’ Compensation Commissioner awarded Larson ongoing medical care for his condition, and 10 weeks of permanent partial disability.