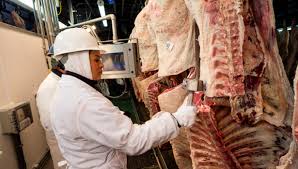 Michael McBurney sustained a work injury to his back on December of 2012. McBurney was knocked down on a concrete floor at the factory when he was struck by a pallet jack driven by another employee. McBurney claimed that the injury caused an aggravation to his pre-existing low back condition and this aggravation made it necessary for him to undergo back surgery in May 2013.  The case was heard in November 2015 in front of the deputy Workers’ Compensation Commissioner.The Claimant presented a convincing argument for his case and was awarded the following: 1) Healing period benefits for his time after back surgery from May, 16, 2013 to July 22, 2013 at the rate of $401.02 per week; 2) Temporary Partial Disability benefits of $918.00 for the period from July 23, 2013 through September 10, 2013; 3) Industrial Disability of 45 percent which entitled claimant to 225 weeks of Permanent Partial Disability at the rate of $401.02 per week; 4) The claimant was reimbursed for $795.68 for requested medical mileage; 5) Employer and insurance company were ordered to pay the claimant’s costs for the arbitration proceeding.Agri Star and their insurer appealed the decision on the basis that McBurney was not a credible witness and that the work injury was not the cause of this worker’s back injury and need for surgery. The employer asserted that McBurney gave false information on at least six occasions regarding his medical history as it pertained to his low back condition. Further they argued that he had seen a doctor for low back and left leg pain on several occasions in 2012 before the work incident.

However, in the appeal decision the Iowa Workers’ Compensation Commissioner found that McBurney’s doctor presented convincing information to support that the work injury aggravated his low back condition enough to warrant back surgery. Even though McBurney was not truthful in the past regarding his back condition, there was no medical history found in which a doctor recommended back surgery before the work injury. The Commissioner affirmed the initial decision and McBurney was award all of the above benefits along with the defendants ordered to pay the costs for the appeal.