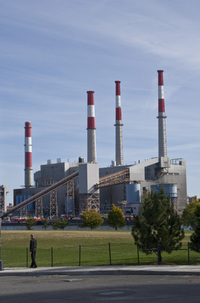 Michael worked for MidAmerican Energy for over 30 years in positions as Fuel Handling Technician and Equipment Operator.  His job required him to work in areas having excessive noise during his whole career at the company.  Michael testified that the noise in the plant was three times noisier than his prior construction work and that it was similar to a jet engine noise with a lower pitch.  The noise was so loud that any conversation with another worker had to be face to face after taking off ear protection.  He said he could not hear a co-worker six feet away, even if that person was yelling.  He was also required to work in the fan room, even louder than the plant, three times per shift for 30-45 minutes and longer if he had to do repairs. Michael wore protective ear devices such as foam ear plugs along with ear muffs.

Upon his retirement, Michael complained of hearing loss and symptoms of tinnitus and realized it was due to years and years of noise exposure on the job.  He filed a Worker’s Compensation claim and saw an audiologist who tested his hearing and examined his other symptoms he had such as a hissing sound in his ears, trouble sleeping, and difficulty concentrating. A doctor concluded that his symptoms were all related to tinnitus, as well as the difficulty he had heard if there was background noise.  His case was heard August 16, 2016.  The Iowa Workers’ Compensation Commissioner awarded him 75 weeks of permanent partial disability benefits which amounted to over $75,000.